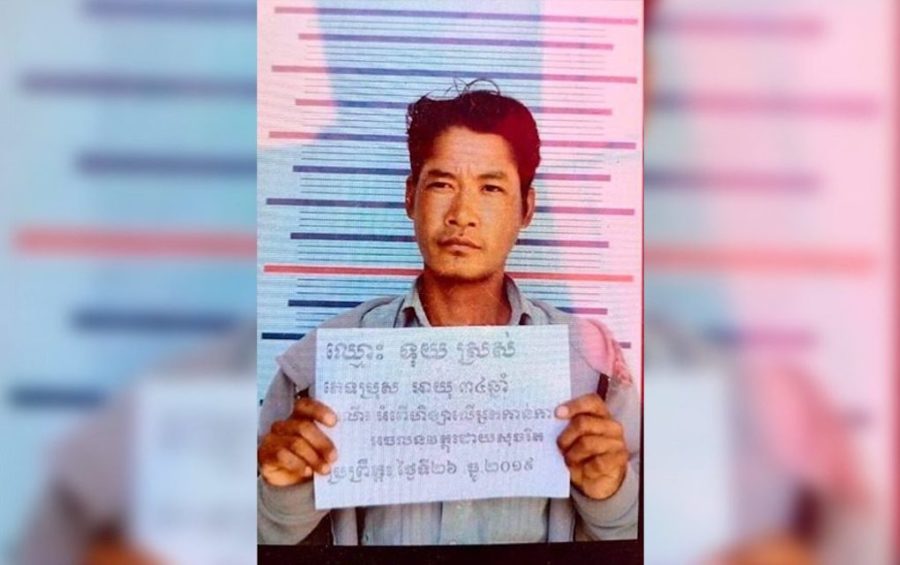 The Banteay Meanchey Provincial Court charged two military police officers and placed them in pretrial detention following the death of a land activist who was arrested during a protest last month and allegedly tortured by officers.

Tuy Sros, 34, died on January 1 while being transported from the provincial prison to a hospital, according to family and the provincial administration. He was arrested on December 28 alongside four other detainees and held at the provincial military police headquarters for three days before being transferred to the prison.

Three of the four surviving detainees have spoken out about beatings at the hands of military police officers before Sros’s death.

According to a statement dated Sunday, the court charged Sar Bunsoeung, deputy provincial military police commander, and Chhoy Rathnea, an assistant anti-drug officer, with intentional violence with aggravating circumstances, resulting in the death of a victim.

The statement said that an investigative commission set up by the national military police had on Saturday sent its findings to the court saying that the officers had been involved in beating the five detainees, leading to the death of Sros.

The two officers were placed in pretrial detention at the provincial prison, and face seven to 15 years in prison if found guilty.

The court’s deputy prosecutor, Teng Samay, who is in charge of the case, told VOD on Sunday that the court would continue to look for accomplices.

“There are more parties involved, so the court will investigate more,” Samay said.

The court statement said that in addition to beating the detainees themselves, the two officers displayed carelessness by detaining the activists alongside young people under drug treatment, who also beat them.

National military police spokesman Eng Hy confirmed that the commission had sent the case to the court, and said further investigations of possible accomplices would now be left to court prosecutors.

The detainees were part of about 200 land disputants from O’Chrou district who protested outside the provincial hall on December 28 claiming that authorities had burned down their homes. In a statement earlier this month, the provincial administration said the families had been cheated by brokers who sold them land already owned by private individuals.