Weddings Are Back for Up to 200 Guests, KTVs Coming Soon 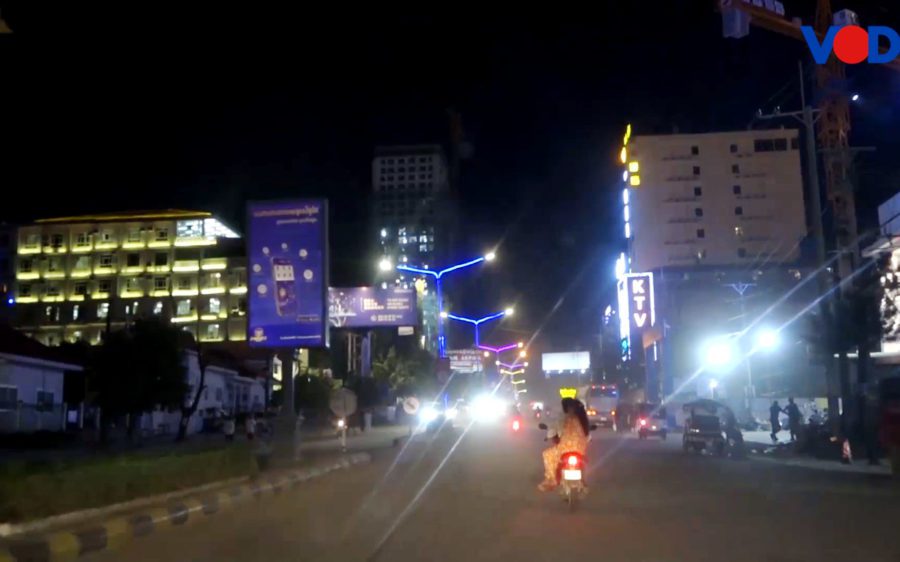 Motorists drive past a KTV.

Weddings in Phnom Penh with up to 200 guests will be reallowed starting today, while KTVs and discotheques are in the cards from November 30.

School reopenings would be allowed to progress further first, he said.

“We are opening the country, but the karaoke and KTV discos … will wait until after November 30,” he said. “If we opened them faster, it could be a problem.”

Restrictions have been in place across the country for months since lockdowns and other measures were introduced shortly after the “February 20” outbreak. Entertainment venues were among the last restrictions lifted.

An Education Ministry statement also said that the reopening of kindergartens and early education centers would be delayed while vaccinations are extended to 5-year-olds.

Meanwhile, according to a Phnom Penh City Hall statement on Monday, larger weddings and other traditional ceremonies would be reallowed in Phnom Penh immediately from November 8.

The number of participants would be limited to 200 family members, relatives and invited guests. Chefs, bands and waitresses would not count toward the limit. The host must have a suitable private venue and apply first to the district administration, the statement said.

The party would be expected to follow Covid-19 health procedures such as wearing masks except when eating and drinking, social distancing, checking temperatures and disinfecting.

“If it is found that the program owner refuses to cooperate or does not implement this properly, risking the transmission of Covid-19, there must immediately be action to suspend the program and make a written report to the Phnom Penh Municipal Administration,” the statement said.

Hun Sen last week declared the country is in the midst of a “full reopening,” and quarantine-free tourism to Sihanoukville and the controversial Dara Sakor resort in Koh Kong will restart on November 30. A similar reopening of Siem Reap, the site of Angkor Wat, is expected in January.

Correction: An earlier version of this article misstated that the Education Ministry announced kindergartens’ gradual reopening rather than the delay of their immediate reopening.