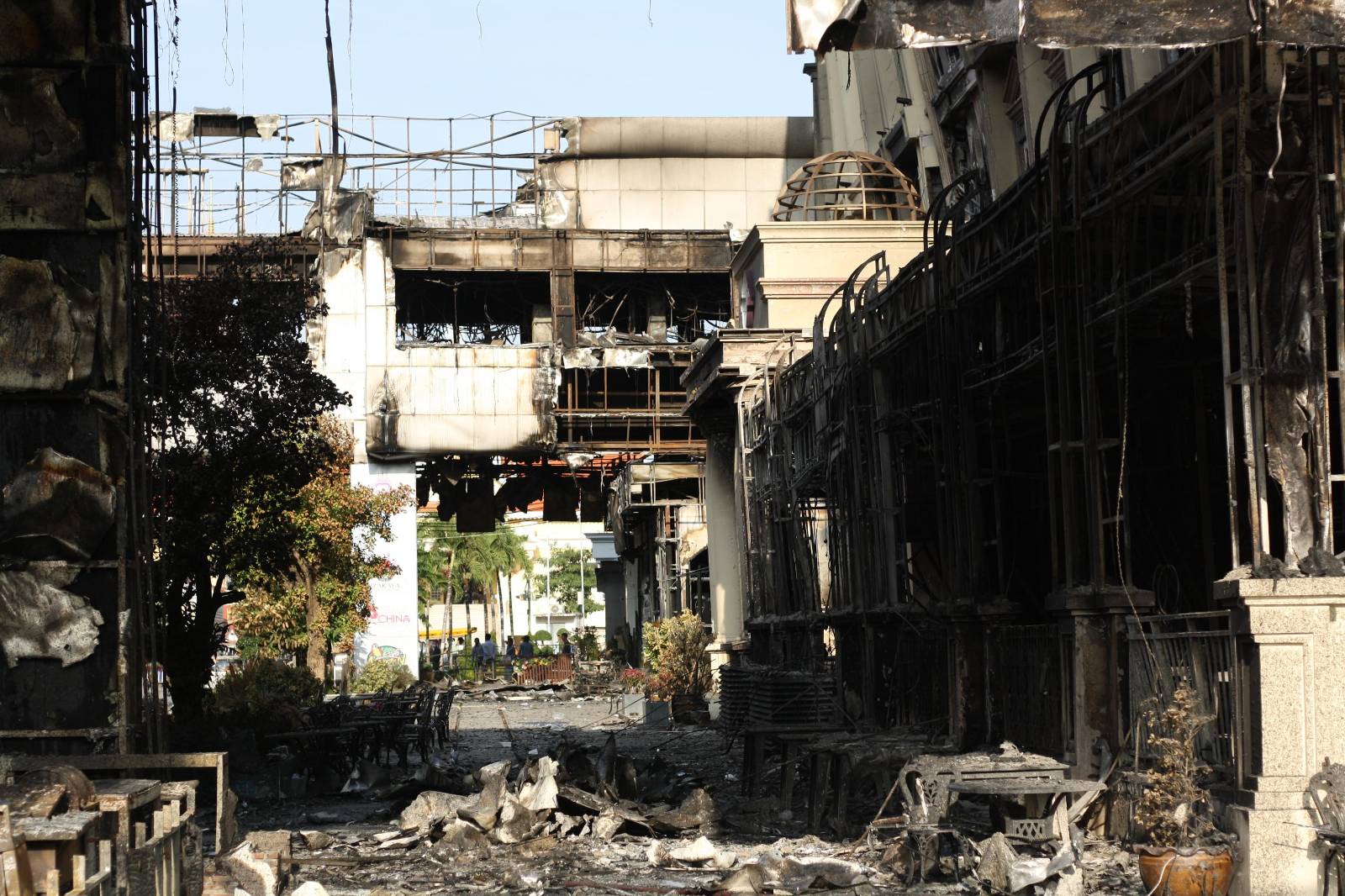 A body has been recovered from the rubble of Poipet’s casino fire by a cleanup team almost two weeks after authorities called off their recovery efforts, claiming at the time “we have searched all the rooms.”

Cambodian families are still missing casino-worker relatives from the December 28 fire and are waiting for official procedures related to body identification and potential compensation to progress. One family alleged that police asked them to pay $500 for DNA testing to potentially identify the body of their missing family member — an accusation police denied as possibly “confused.”

The fire at Poipet’s Grand Diamond City casino killed at least 28 people as it tore through multiple buildings in the complex by the Thai border. Some jumped off the casino after getting trapped inside. Workers have raised concerns around lack of alarms and safety measures.

Rescuers initially feared dozens of bodies could be trapped inside the casino wreckage, but search efforts were called off within three days: On December 31, National Disaster Management Committee head Kun Kim said the 39-hour search was halted because “we have searched all the rooms.”

However, on Thursday, Banteay Meanchey deputy provincial police chief Nou Chivorn told VOD that another body had been found on the casino’s 10th floor on Wednesday around midday by a team cleaning up the wreckage.

The body was identified as a 58-year-old Thai man. He died from smoke inhalation and the body was kept at the local Dey Thmey Pagoda to be picked up by Thai authorities in the afternoon, Chivorn said.

Unlike Kim, Chivorn said the operation team could not search for bodies because the buildings were almost collapsing. There was too high a risk to continue the search, so the cleanup team needed to sort out the wreckage, he said.

None of the 28 bodies brought out from the site have yet been identified as Cambodian. Four bodies remain unidentified after two were recently found to be Malaysian and South Korean.

Lin Ry, the mother of casino cleaner Sam Sreymom, said she had received no information from authorities about her missing daughter.

She had made repeated requests over the first three days after the fire for authorities to help find her daughter. But the last information she received was to pay $500 in order to get DNA testing done in Thailand, Ry said.

“They told me that to find a relative who is missing, we needed to do DNA testing in Thailand, and they asked me to pay $500,” she said. “I didn’t have the money to pay.”

Ry said now she did not know what to do next. “I am just waiting for her, and hope she is still alive.”

Banteay Meanchey provincial police chief Sith Luos denied that police would ask for money. He said DNA testing was medical work and not police work, so there was no need for the police to take money.

“No one is asking for money because the police have no ability to do DNA; only the medical committee can take the cells for DNA,” he said. “Maybe she was confused.”

Luos said he would nevertheless look into the allegation.

Another woman, Keo Vandy, is still searching for her husband and waiting to hear from Meng Chruon, who called her on Tuesday. She said Meng Chruon told her he would get back to her about this procedure but had not as of Wednesday.

Meng Chruon had told her that if her husband’s body could be identified, the casino would pay compensation, she added.

However, she said that so far no company had contacted her to inquire about the disappearance of her husband. The casino is linked to a fugitive Thai politician and the land to local tycoons, including Senator Ly Yong Phat.

“The company does not seem to care about us and our lives,” she said.