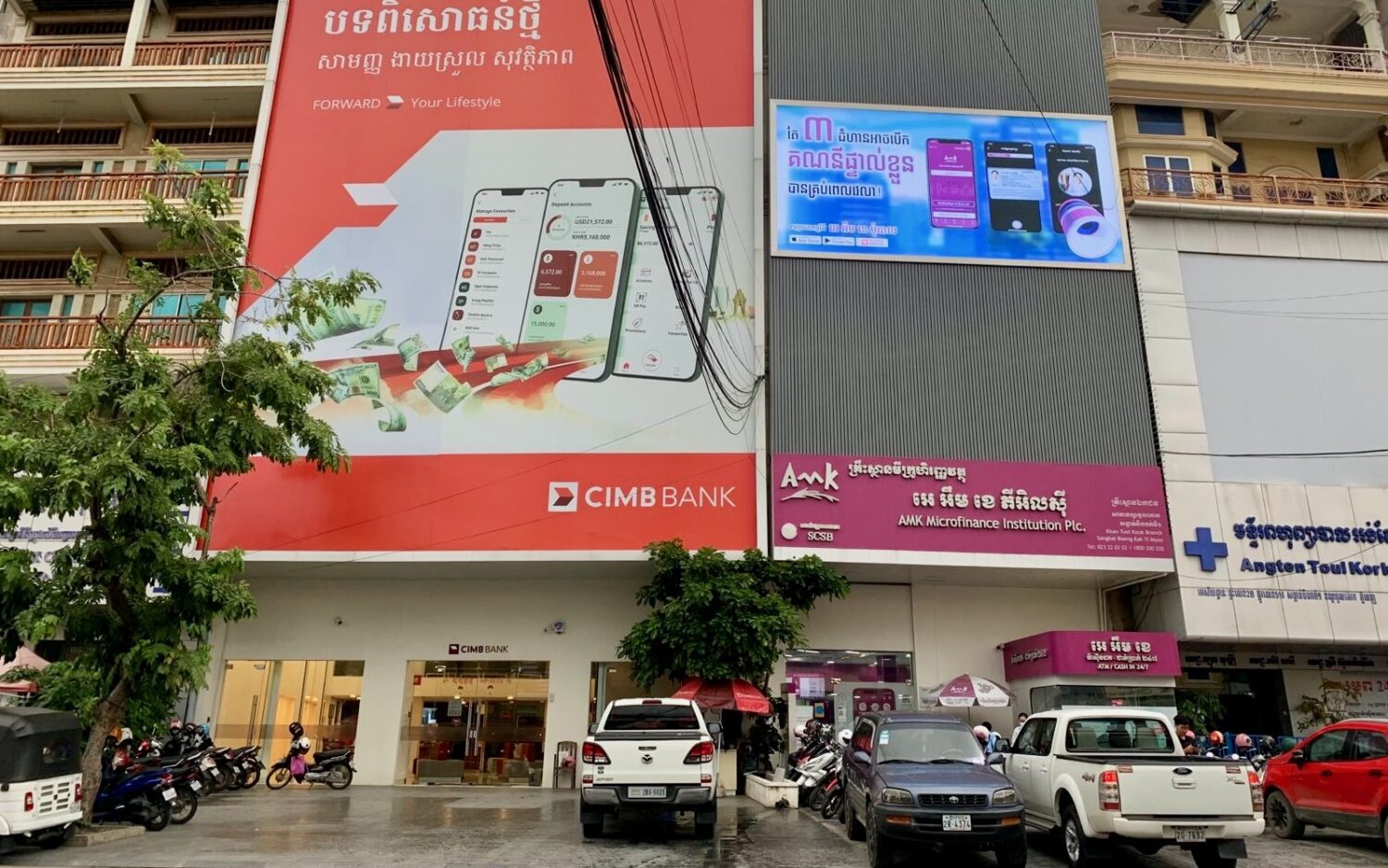 The CIMB Bank branch in Tuol Kork where a security guard opened fire on a colleague on September 7, 2022. (Roun Ry/VOD)

Just before lunchtime Wednesday, a security guard fired his gun at a colleague inside CIMB bank in Phnom Penh’s Boeng Kak I, shooting the colleague’s leg before fleeing the scene on his motorbike.

The incident, said to have arisen from a personal dispute between two of the bank’s guards, struck the Toul Kork commercial road lined with banks and clinics, about 300 m from the TVK tower, around 11 a.m.

Tat Vuthy, 31, a security guard at next-door AMK microfinance, said he heard the gunshot ring out from inside CIMB. “I heard the gunshot and saw the suspect running away. I called the police immediately,” Vuthy said.

He knew both the suspect and victim, and they were friendly to each other until about a week ago, he said.

“The victim and suspect are friends and worked together for a while. They seemed close. But a week before the incident, they started to not get along well. And this morning the suspect decided to shoot his friend in the leg inside the bank,” he said.

Kim Synat, Boeng Kak I commune police chief, said on Wednesday that it was a personal dispute.

“This is not a robbery case. The incident happened due to a conflict of interest between the two security guards working at the CIMB bank.

Synat added that the suspect had yet to be apprehended as of the evening. “The police are now working to find the suspect,” he said.

The victim, Khun Vorn, 46, was being treated at a clinic next to the bank. His condition was stable, Synat said. He also identified the suspect as Lon Chi Vorn, 25, who is a member of the military in addition to working as a security guard.

A relative was visiting the victim at the clinic on Wednesday afternoon, but declined to comment.