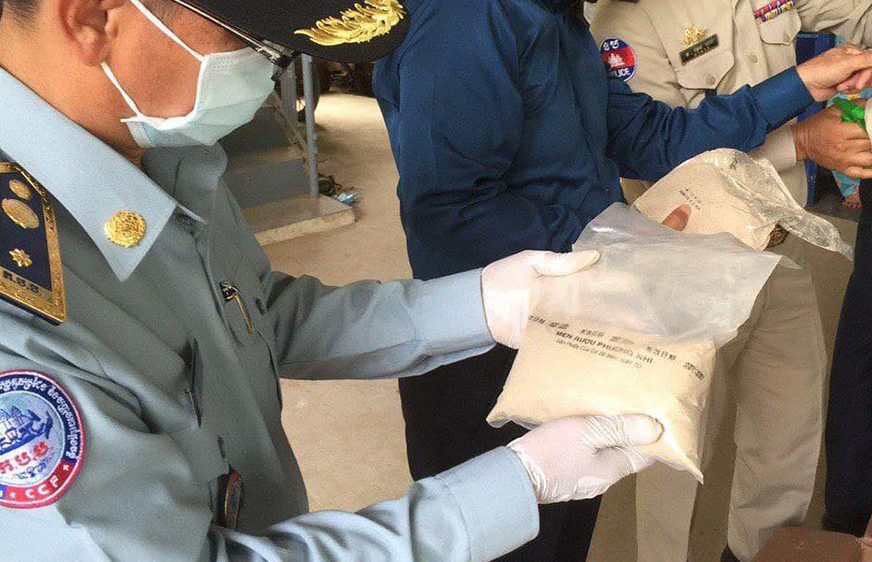 Inspectors check rice wine samples after 11 deaths in Kandal province’s Lvea Em district in a photo posted to the consumer protection agency’s Facebook page on May 17, 2021.

Since May 10, 11 people in Ta Skor village who drank wine made by the factory had died, Bunthoeun told VOD. Samples of the alcohol showed high levels of methanol, which resulted in the drinkers’ deaths, he said.

“The wine they drank was analyzed at the laboratory of the National Institute of Public Health,” Bunthoeun said. “The results show that all the wine being sold at home in the village has high methanol [content]. This high level can be life-threatening while they drink in large quantities.”

Authorities confiscated the wine products in Ta Skor village and were looking for other locations where it may be sold, he said.

Lvea Em district deputy police chief Thorn Sreng said that in addition to the 11 deaths, three people were being treated at a hospital.

Provincial governor Kong Sophorn said he didn’t know how many people might be prosecuted.

“District and provincial authorities have built a case according to legal procedures for the sellers and the suspects who produced the wine with high levels of methanol,” Sophorn said.

Late last year, Kampong Chhnang authorities arrested six rice-wine makers for allegedly lacing their products with a lethal amount of methanol, and closed about 350 production sites in the province after more than 12 people died in the span of two weeks after drinking the rice wine.

In June, seven people died and more than 30 others were hospitalized after they consumed locally-made wine in Banteay Meanchey province. The wine also was found to contain methanol, a non-drinking alcohol.