Opinion: Domestic Violence in Elite Families Is Often Made Invisible 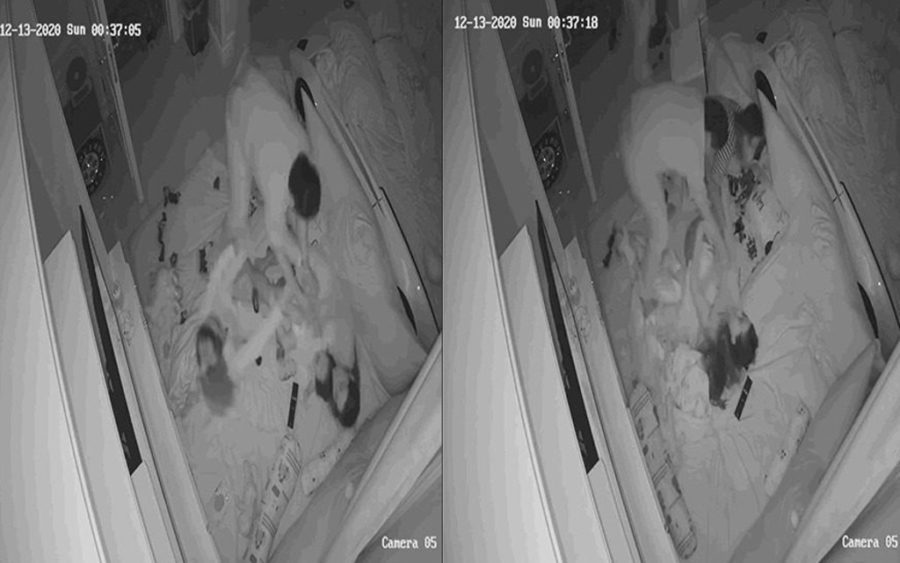 A video released by makeup entrepreneur Deth Malina, who was married for 13 years with ex-oknha Duong Chhay, rocked social media in Cambodia on Monday.

The video shows a number of domestic violence incidents committed by Chhay against Malina and their son. The video shows Chhay dragging Malina into a room and beating her. In another incident, he pulls her hair and hands while she holds their son on her lap in a bedroom.

In a Facebook Live video following the release of the footage, Chhay tried to explain his violence saying he beat his wife because she had asked him to get sterilized and that she did not look after the children.

When domestic violence is studied or discussed in Cambodia, it doesn’t usually look like this. We probably picture violence affecting women living in poverty in rural areas, not in the luxurious homes of elite families.

Research has shown that domestic violence does disproportionately affect lower-income women — 35 percent of Cambodian women in the lowest wealth quintile will experience domestic violence in their lifetimes, including emotional and economic abuse, according to the Cambodia Demographic and Health Survey. But that isn’t to say that wealthier women are spared. Twenty-two percent of women in the highest wealth quintile will also go through such an ordeal at least once, the survey found.

And women marrying into elite families, especially those coming from lower socioeconomic backgrounds than their husbands, must deal with additional pressures that can both spur violence and push the women to stay quiet in the face of abuse. Malina herself has spoken online about some of the pressures of marrying a wealthier man.

Domestic violence or intimate partner violence is still the most prevalent form of violence against women in Cambodia. A recent National Action Plan to Prevent Violence Against Women for 2019-2023, prepared by the Women’s Affairs Ministry, shows that 18 percent of women aged 15-49 who have been married reported having experienced physical or sexual violence from a spouse.

Chbab Srey, a poem that lays out a traditional code of conduct for women, is often cited as being at the root of problems like domestic violence and gender inequality in Cambodia. Its cultural influence remains entrenched in Cambodian social norms despite despite it being at least partially removed from school curriculums since 2007.

Chbab Srey teaches, for instance, that regardless of socioeconomic status, a woman is expected to be a “good wife and mother” who should take care of the family at all times, be docile, loyal, and listen to her husband, and should not go out and drink with friends. To disregard these norms would be akin to failure.

These outdated ways of measuring ideal femininity were clearly on display in this recent case of violence.

In facing allegations of intimate partner violence, Chhay came out to defend himself on Facebook Live. In that video, he put the blame for his violence on his ex-wife.

Chhay accused Malina of not fulfilling her role as a “good mother and wife” saying that she did not take care of their children, got drunk and came home late at night. Chhay clearly displays a double-standard, blaming her for her alleged drunkenness while using his own inebriation to excuse his own violent actions.

Happy but Not Happy

Aside from the onerous moral obligations that the Chbab Srey puts on Cambodian women, the poem also dictates how women are meant to respond to issues they face at home — namely by keeping them hidden.

In wealthy families, these expectations are magnified.

We must remember that the public nature of this case is highly unusual.

In Cambodian society, the combination of patriarchal and hierarchical systems means that women who come from poorer backgrounds than their husbands are expected to put up with pressures placed upon them without complaint. As a Khmer proverb says, they should be “willing to endure and swallow the stones.”

Women marrying into wealthier families can even face public criticism before the marriage. Malina has mentioned struggling with this herself. In a Facebook Live video from late 2020, she said that even her own parents asked her if her decision to marry Chhay was because he was rich.

Women in wealthy households must live up to demanding social expectations, prevent the family from “losing face,” keep “internal” problems in the house, and even be the ones to take responsibility for safeguarding family harmony.

The harm of face-saving extends outward, even when domestic violence comes into public view.

A 2020 report by Unicef found that because of social values that prioritize family harmony and categorize marital discord as something to be ashamed of, reconciliation and mediation are usually the first action taken by authorities dealing with domestic violence, instead of going through formal judicial channels.

Painfully, the judicial system in Cambodia has proved to be one of the biggest hurdles for domestic violence survivors to make their stories public.

For instance, there was a similar incident of violence in 2015 by a rich and well-connected man who was able to evade justice. Sok Bun, a real estate tycoon who was sentenced to three years’ imprisonment for brutally beating a well-known actress, had all but 10 months of his sentence suspended after an out-of-court negotiation.

She further said: “Sok Bun’s sentence is, alas, a missed opportunity to say that enough is enough – violence against women will not be tolerated, even by those most powerful and most protected in Cambodian society today. Be it a celebrity coming to the aid of friends, or a housewife protecting her home from advancing bulldozers, elite and ordinary women in Cambodia are too often subject to violence for peacefully defending their, and others’ interests.”

When rich men can evade the full extent of legal punishments, their wives have good reason to be discouraged from reporting violence.

In this recent case, Chhay, who is wealthier and more politically powerful than Malina, so far has seen his royal title of “oknha” removed for his violence but has not yet been hit with legal ramifications. Notably, Chhay, who was previously convicted to a year in prison for assault in 2015, was out of jail within four months.

In theory, domestic violence “shall be subjected to a criminal suit” even if the violence is already over, Article 19 of the Law on the Prevention of Domestic Violence and the Protection of Victims says. And under the Criminal Code, intentional acts of violence committed by a spouse or partner is punishable by two to five years in jail.

But in practice, men, who have the most power in the family, community and society, are often not held responsible for their actions.

We must remember that the public nature of this case is highly unusual. It was brave of Malina to release this video footage and in doing so make the violence she experienced widely known.

But powerful forces, in families, in our culture and in our justice system are likely keeping many cases of domestic violence among higher socioeconomic status individuals invisible to the public, to academic study, and to policy-makers.

Correction: An earlier version of this article said the Chbab Srey is no longer taught in schools.