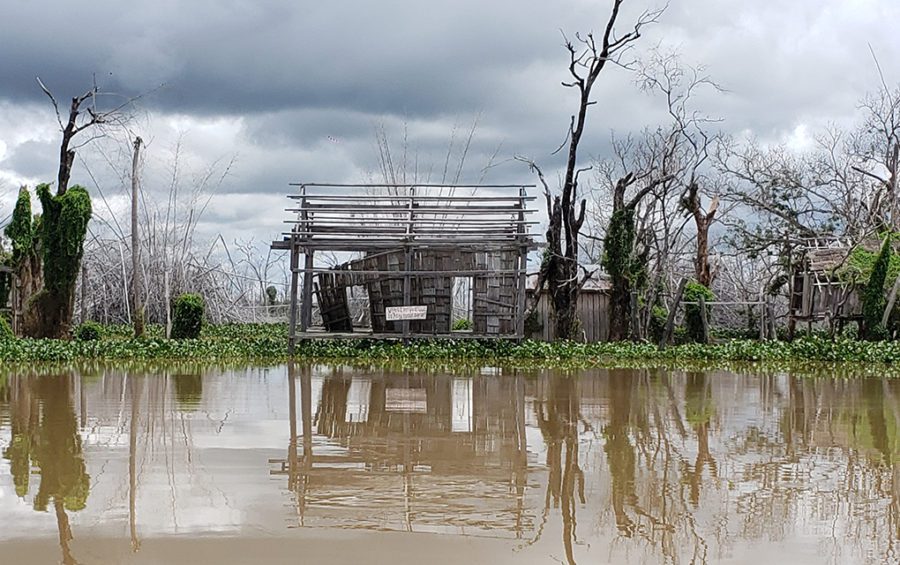 The World Bank projected 4 percent GDP growth for Cambodia this year as the region starts to recover from the global pandemic-induced economic downturn, but noted continuing issues with the country’s tourism- and garment-driven economy as well as a high risk of lasting income inequality.

Cambodia’s GDP shrunk by 3.1 percent last year, which marks a break in a 7-percent growth streak, but was still better than the East Asia and Pacific region’s average GDP loss of 4 percent.

In its report, launched Friday, the World Bank noted that Cambodia’s regional competitiveness has “eroded” after failing to move beyond the cut-make-trim manufacturing sector.

“With the collapse of the tourism sector and stalled construction boom, the pandemic has exposed Cambodia’s structural weaknesses,” it said.

The slow-moving vaccination campaign, which has reached nearly 250,000 public volunteers as of March 24 — not counting soldiers, who have also been vaccinated — could also stall recovery, the report noted.

Cambodia is still on track for GDP to grow by 4 percent this year and by 5.2 percent growth in the next two years, the report said.

Though the garment sector contracted 8.1 percent as of December compared to the previous year, non-garment manufacturing rose — with bicycle exports rising a notable 27.4 percent — and foreign direct investment grew 3.3 percent year-on-year in 2020.

Aaditya Mattoo, the bank’s chief economist for East Asia and the Pacific, warned that Cambodia is still heavily reliant on the tourism and garment industries, which the World Bank noted in previous reports had been rocked by global shutdowns.

He said the country would benefit from diversifying the economy, advancing a stagnant garment sector and investing in worker capacity.

Further, the government must lean into “developing the capacity to manage the disease without disrupting the economy, something that Cambodia has done very well until recently,” he added, alluding to the current community transmission event — the worst the country has yet seen — and subsequent restrictions.

The World Bank noted that the Cambodian government had provided “significant” fiscal support during the pandemic but warned of a high rate of private debt as well as large national deficit.

Government assistance went to more Cambodian households that did not see a pandemic-induced income shock, rather than those that did, according to the bank. Further, a significant number of non-affected businesses also received public support, it said, with Mattoo adding that governments should be careful to target their support, especially as countries move into economic recovery.

It also noted that Cambodia has “relatively little emphasis” on climate change, as the World Bank warned the entire region must take “decisive actions and policy shifts” in order to reach the needed global carbon emission reductions to prevent extraordinary environmental consequences.

Cambodia had some of the sharpest indicators of social inequality regionally, in both the short and long term, the report said.

The report indicated that the pandemic could have longer lasting impacts on class divide in Cambodia, specifically for students. The poorest 40 percent of students are 20 percentage points less likely to learn than those in the top 20-percent wealthiest households, due to their lack of social support and poor access to technology. Fewer than 40 percent of students in the country’s poorest households were engaged in pandemic-era education at all, according to the bank.

Among the poorest 40 percent of Cambodian households, nearly 70 percent were eating less than they should because they didn’t have enough money, while some 40 percent of the wealthiest households had also reduced their food budget.

China and Vietnam, meanwhile, are the only two countries experiencing a V-shaped economic recovery within the East Asia-Pacific region, the report said, with the bank noting that the countries were able to quickly test and identify Covid-19 infections, as well as move their economies to react to global demands for, as an example, electronic devices.