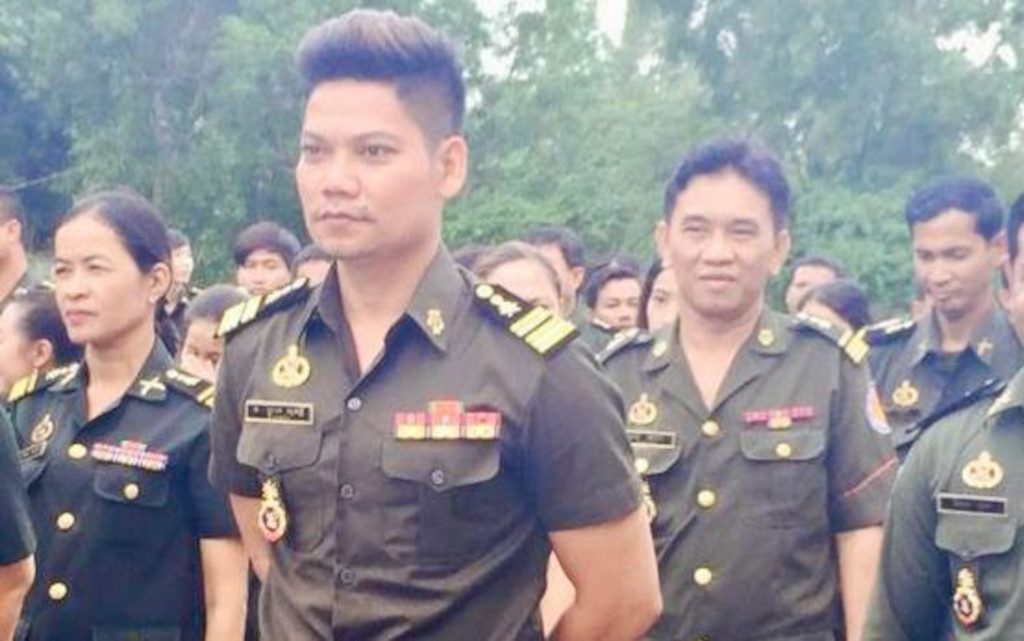 Preap Sovath in a photo posted to his Facebook page in July 2015.

Around 3 hectares of Phnom Penh’s rapidly disappearing Boeng Tamok lake have been transferred to a pop star famous on the city’s billboards.

The lake’s privatization and sand filling, which has sparked concerns over evictions, flooding and corruption, has rapidly progressed since last year. Many of the plots have gone to connected individuals, including the Land Minister’s daughter, a senator’s wife, and a Brigade 70 commander’s wife.

In a sub-decree signed by Prime Minister Hun Sen on April 13 and publicly released this week, Sovath receives 3 hectares of Boeng Tamok in Prek Pnov district in three plots. One location is 2.7 hectares and the other two are 0.2 and 0.1 hectares.

Sovath could not be reached for comment on Thursday.

Ky Seng is named as the recipient of the second Boeng Tamok area in the latest batch, but the individual’s background was not immediately clear.

The further two land privatizations in the tranche were 440 hectares in Banteay Meanchey’s Phnom Srok district handed to the World Bank-supported Lased III program, which aims to issue land titles to poor families; and 3,500 hectares in Ratanakiri’s Kon Mon district, also ostensibly to be divvied up among poor residents.

“We encourage people in Trapaing Kraham commune, but other people from the province can apply. We will do research and look for people who do not have homes and land. We have not set how many families yet,” Sam Oeun said.

This land was also part of the World Bank project, he said. “We will create new villages and have infrastructure and other things,” he said.

Previous phases of the project have faced accusations of forced evictions of families to make way for new land recipients, and social land concessions more generally have been plagued by reports of corruption.

Indigenous advocate Kroeung Tola has previously said that he was skeptical whether the land would actually reach the hands of the poor.

“The Ministry of Land Management has distributed social land concessions many times already, but those who got it are mostly the rich and not the real poor people,” Tola said.