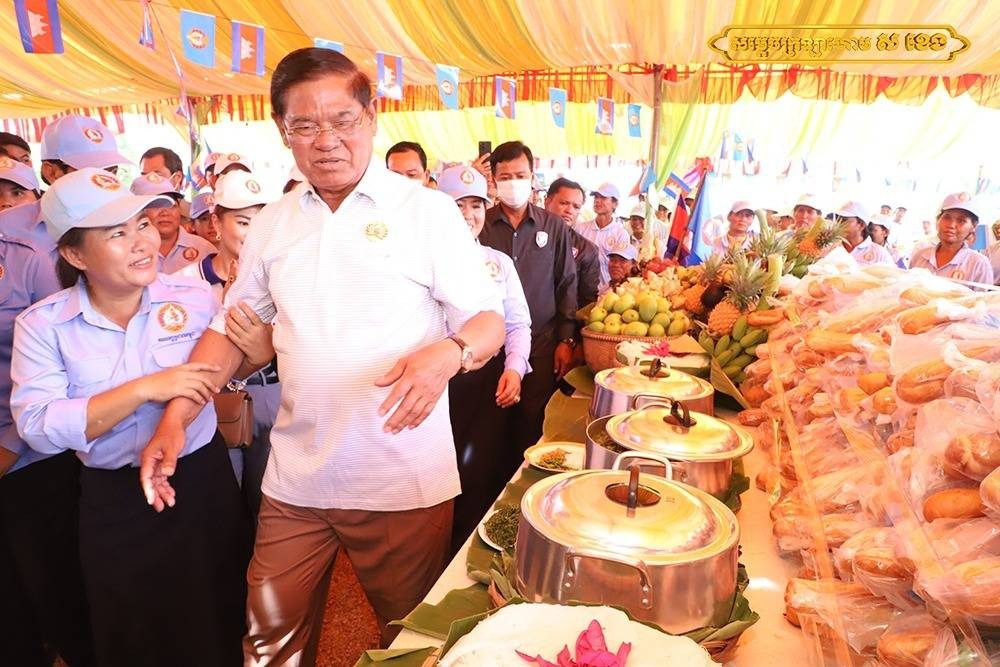 According to a letter seen by reporters, Kheng, who’s also vice president of the CPP, announced he would provide 10,000 cases of beer to the head of the ruling party’s working group in Prey Veng province.

Sbong Sarath, a permanent committee member and head of the CPP in Prey Veng, said the working group had in fact received 12,000 cases of Chip Mong Group’s Cambodia Beer from Kheng.

Sarath said the beers arrived this morning. “We placed [the beers] at two separate locations. The first location for the six southern districts to pick up, while another location is in Svay Antor [district. It is for the seven northern districts to pick them up,” he explained. “Our car is big but the road is small so it is difficult [to deliver].”

He said authorities would distribute the beers to party members across districts and communes.

“They are waiting for this, because they learned that the leader has made a donation to members that have been working, and they are happy to take them even though it is little … and they can have gatherings at their locality,” he said.

He added that Kheng also donated another 12,000 cases to Battambang’s CPP working group.

Battambang governor Sok Lou declined to comment: “This is information that should not be given to VOD, so please be understanding.”

The CPP won about 71% of all ballots cast in Prey Veng, while Battambang saw a surge of ruling-party votes in Sunday’s election, up from 46% of votes in 2017 to 76% this year.