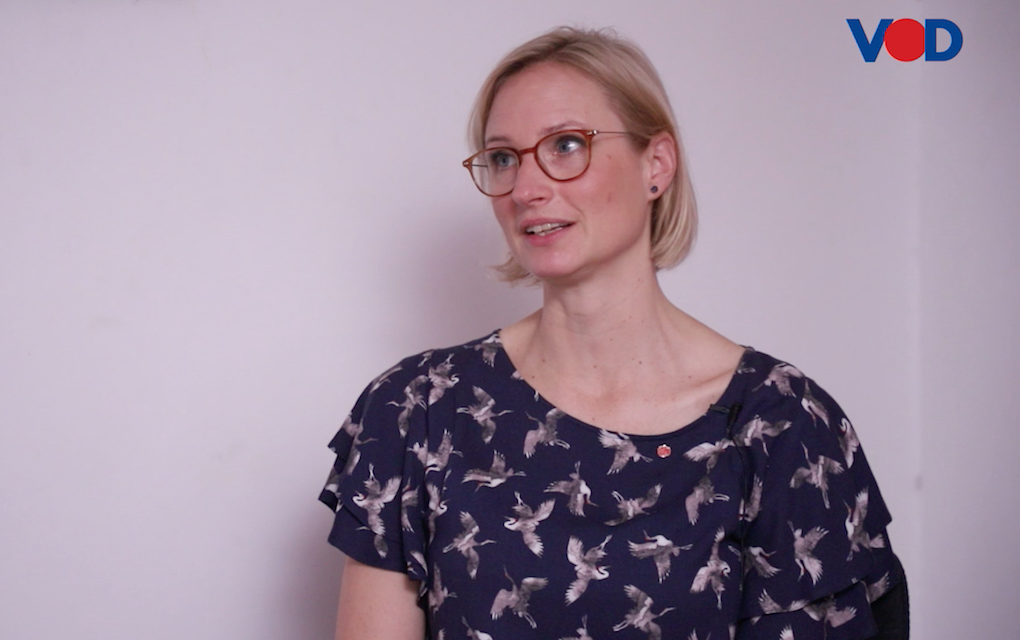 Swedish parliamentarian Asa Eriksson sits for an interview with VOD in Phnom Penh on January 9, 2020.

Swedish parliamentarian Asa Eriksson told VOD in an interview that Cambodia was “breaking the rules” of the “Everything But Arms” duty-free trade scheme with the E.U. by disrespecting human rights, which could not be tolerated.

In an interview in Phnom Penh on Thursday, Eriksson, a member of Sweden’s ruling Social Democratic Party, said the rights situation was bad when she visited Phnom Penh three years ago, citing “shrinking space for civil society” and “disrespect of almost all human rights.”

“But now I can see and I have heard from many different organizations that it’s even worse,” Eriksson said.

The E.U. next month is set to announce whether Cambodia will lose its duty-free and quota-free preferential trade access to the European bloc, or EBA scheme, which could be suspended if the government is found to be flouting international human and labor rights standards.

The European Commission has said that “serious and systematic violations” of the principles of rights conventions exist in the country, including concerns about land titling, press freedom, political participation and trade union organizing.

Meanwhile, Cambodian government officials regularly respond to criticisms from Western nations by claiming that the authorities are merely enforcing the law. Prime Minister Hun Sen has also said that Cambodia could survive without the EBA, and the CNRP would be extinguished if the trade scheme was withdrawn.

Last week, Eriksson and other members of Initiative Cambodia, an association that includes Swedish politicians and citizens concerned about Cambodia’s rights situation, met with communities and civil society organizations affected by what many observers call a political and rights environment that has deteriorated since 2017.

In that year, the CNRP was dissolved by the Supreme Court at the government’s request and party president Kem Sokha was arrested on treason charges, which he denies.

Eriksson met with Sokha on Tuesday last week. Sweden was one of the first E.U. countries to respond to his arrest in 2017 by halting some new aid to Cambodia.

Eriksson told VOD in October that she had been closely following developments in Cambodia for two years and had visited the country alongside colleagues to study the situation.

“Defense of democracy and human rights is my first and foremost political interest and a priority in my government’s foreign and international development cooperation policy,” Eriksson said at the time. “Human rights are universal and know no restraining borders.”

On Tuesday, Eriksson, who is also her party’s international trade spokesperson and sits on the Swedish parliament’s Committee on Industry and Trade, said she hoped to see “big improvements” in Cambodia’s rights situation the next time she visited the country.

“I hope that when the E.U. puts pressure on the government they will sooner or later change their mind and improve the situation for the people of Cambodia,” she said.