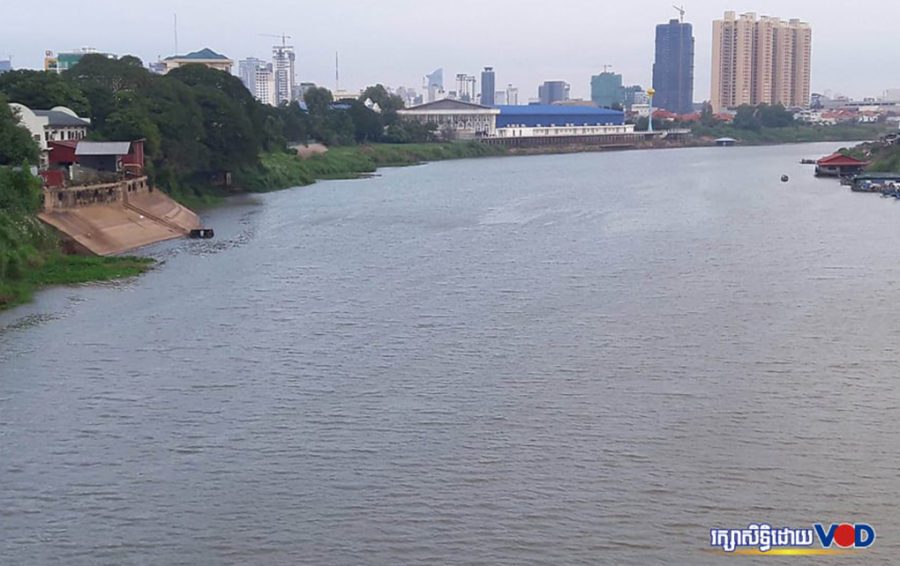 The river bank in Phnom Penh

Timber magnate Try Pheap’s request to dredge sand in the Mekong and Tonle Bassac rivers is awaiting a study on the potential impact on riverbanks, a Water Ministry official said on Monday.

Last month, Pheap filed an application to dig up the river bottoms from the Cambodia-Vietnam border to the border between the provinces of Kompong Cham and Kratie — hundreds of kilometers of waterway.

Calling the project “Rivers Feeding Rivers,” Pheap claimed the undertaking would seek to improve the rivers and build up riverbanks, according to a Council of Ministers letter forwarding the request to the Ministry of Water Resources and Meteorology.

Ministry spokesman Chan Yutha told VOD on Monday that experts at the ministry would study the issue before responding to Pheap’s claim that he could improve the waterways.

“We have [lived with] our rivers for hundreds of years already. We have never restored it. So what’s wrong with it? What’s the situation? Is mud affecting the water flow or something? We don’t know until we study it,” Yutha said.

San Chey, executive director of the Cambodian Social Accountability Alliance, said he had serious concerns about the potential environmental impact as well as the effects on people living by the rivers.

Previous sand-dredging operations had collapsed riverbanks and destroyed people’s homes, and many victims were yet to be properly compensated, Chey noted.

“We have seen that the [negative] impacts are a lot more than the benefit that we get,” he said. “The existing [problems] have yet to be solved — if the government approves this and there are additional impacts, it will make the problem even more serious.”

Cambodia banned most exports of sand following an environmental outcry, but import records from Singapore appeared to show continued shipments worth millions of dollars to satisfy the island-state’s massive thirst for landfill.

Pheap has been linked to vast illegal logging operations in the past. A Global Witness report from 2015 said Pheap was illegally exporting as much as 900 cubic meters of luxury wood a day to Hong Kong with the cooperation of government officials, armed forces, police and customs.