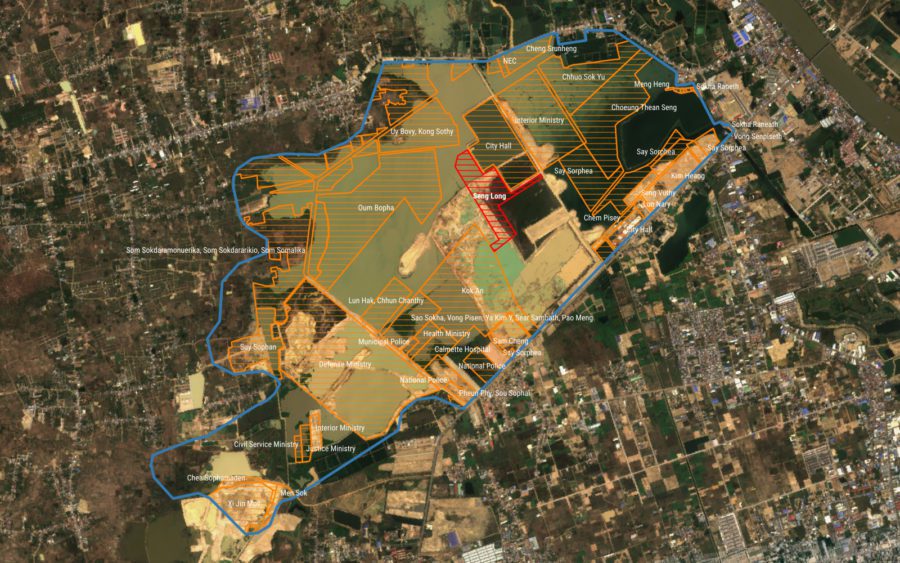 Privatized plots of Phnom Penh’s Boeng Tamok lake, according to sub-decrees and data from NGOs Licadho and STT.

Six suspects have been sent to court over the murder of a family whom suspects accused of sorcery, Mondulkiri provincial police said.

Five people were killed and another seriously injured in Pech Chreada district on February 1. The victims included a family of five and a relative of the suspects, with the injured survivor a child in the family, according to a rights group.

The case had been sent to court on Monday for further investigation, he said.

Bloodied weapons had been found at the scene of the crime, Sokha added. The motive of the crime remained unclear, but the suspects had accused the victims of witchcraft, he said.

Yun Ravy, provincial coordinator for rights group Adhoc, said the six victims were the family’s father, mother, three children and a relative of the suspects.

Provincial prosecutor Seav Ngeavchan said questioning of four of six suspects had so far been completed.

A treason trial hearing for opposition leader Kem Sokha, scheduled for Wednesday morning, has been delayed due to Covid-19, a defense lawyer said.

Sokha’s lawyer Meng Sopheary said on her Facebook page that the hearing had been rescheduled for February 16.

A letter from government lawyers, who are the plaintiffs in the case, said one lawyer in its team was found to have Covid-19 over the weekend, and all four lawyers on the team were in isolation due to contact.

“It is regrettable that the trial cannot continue this week. One hearing per week is too slow, and now it’s even slower,” Sopheary wrote.

Sokha was arrested in September 2017, accused of conspiring with the U.S. to topple the government. His trial began early 2019 but was delayed due to Covid-19. It had only resumed last month.

Boeng Tamok Plot Given to Individual

The decree, signed on October 13 but made public in recent weeks, handed the plot to Long, but his business and other affiliations could not be immediately confirmed.

The allocation comes amid a steady allocation of the lake area to individuals and institutions as it is increasingly turned into landfill. Boeng Tamok has been labeled one of Phnom Penh’s “last lakes,” and its destruction has raised concerns of increased flooding and loss of livelihoods for the lake’s fishing families.