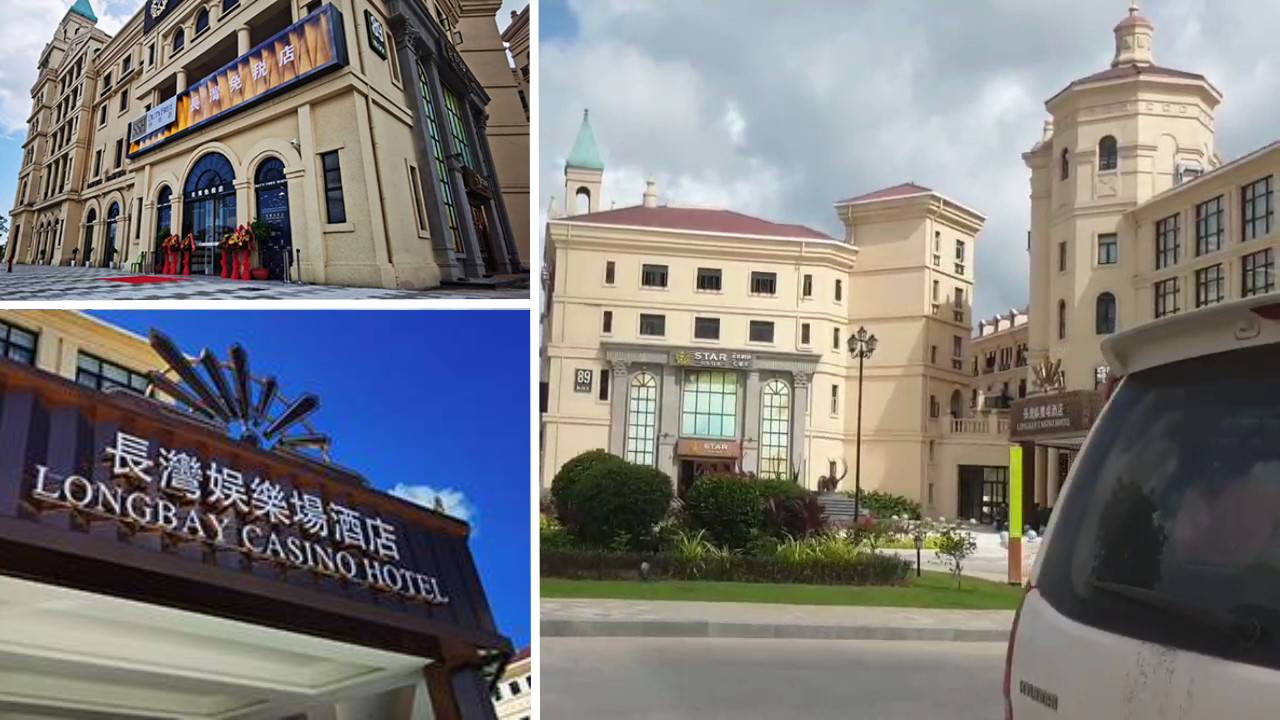 The two images on the left show the Long Bay Duty Free Shop and Long Bay Casino Hotel from posts on Zheng Heng Group’s website, while the image to the right is a screenshot of the same buildings. (Supplied)

Four Filipinos whose rescues were requested by the Philippine Embassy earlier this month were no longer at Koh Kong’s Union Development Group (UDG) site by the time officers arrived, police said.

A letter from the Philippine Embassy to Cambodian authorities dated August 8 said four Fillipinos were being detained on the fourth floor of the Long Bay Casino in Koh Kong’s Kiri Sakor district. They were being asked to pay a large sum of money to leave, it said.

The alleged detention appears to follow a pattern of forced labor and human trafficking in which foreign nationals have been lured to Cambodia then made to perpetrate global online scams or face violence.

Koh Kong provincial police spokesman Sar Sarath said his force had received the Philippine letter sometime between August 10 and 17. He said on August 20 that police were still working on the case at the time.

Sarath said on Friday that officers had since gone to the casino, located in the controversial UDG project, but could not find the victims.

“This case is done. The team went down to check that location and found out that they had left even before we got there,” he said.

He denied there was any detention, continuing an ongoing downplaying of the human trafficking by local authorities despite a recent acknowledgement of the situation by national-level officials.

“There was no detention of the four. They came to work and now left,” Sarath said.

The Philippine Embassy has not responded to requests for comment.

According to VnExpress, Vietnamese police have spoken of the difficulty in securing rescues of its foreign nationals trapped in Cambodia.

Thousands of people might have been smuggled to Cambodia to be exploited, the news outlet said, citing the Vietnamese Public Security Ministry’s Khong Ngoc Oanh. But Cambodian scam compounds had proven difficult to penetrate, Oanh said.

In the first half of the year, 250 Vietnamese nationals tricked into becoming illegal workers in Cambodia had been rescued, VnExpress reported.