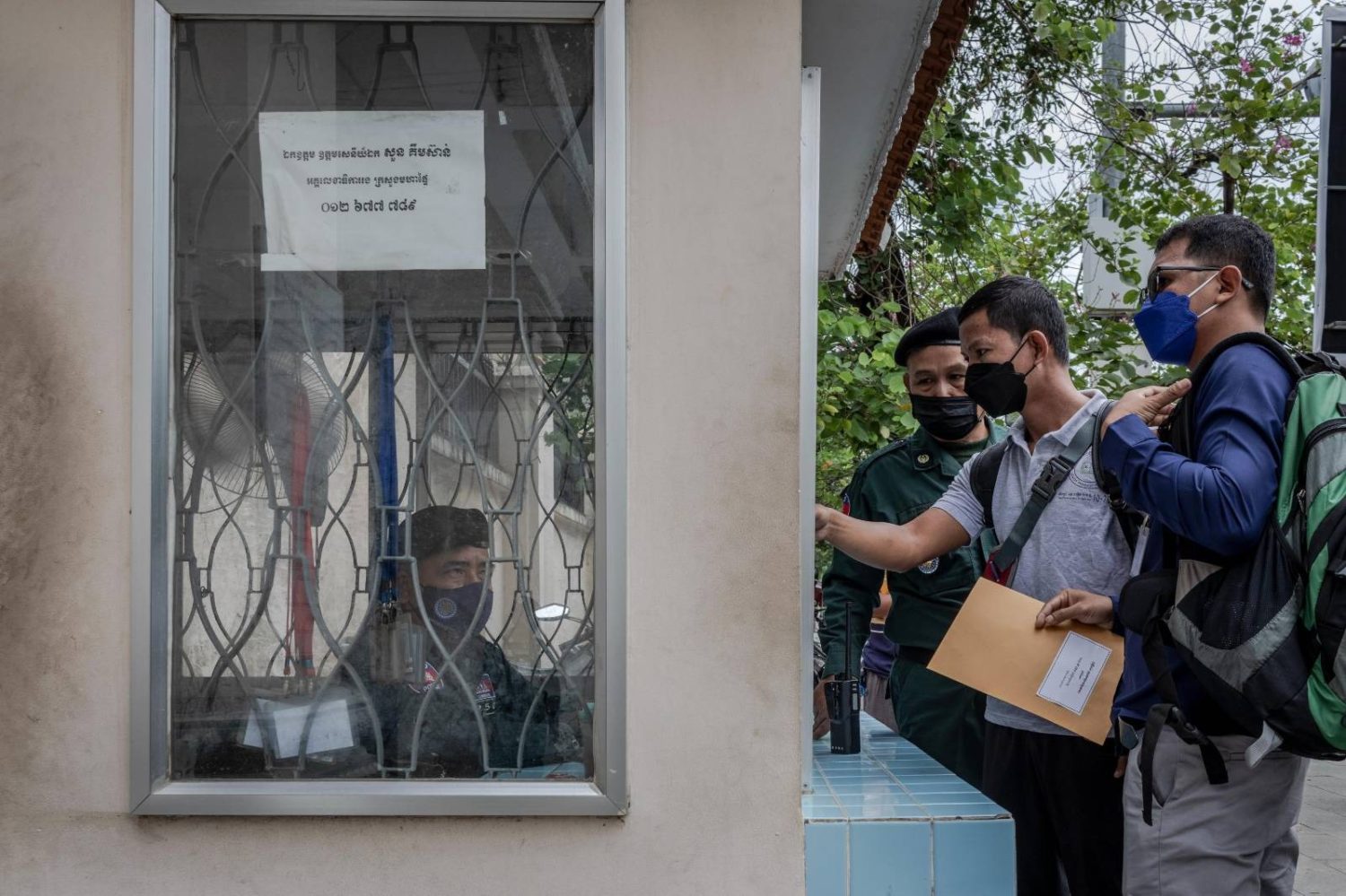 NagaWorld protesters have entered a brief hiatus on protests until renewed labor negotiations this week, as social activists filed a petition with two ministries calling for an end to authorities’ violence against strikers.

The Phnom Penh casino has seen near-daily demonstrations since December over mass layoffs that workers say targeted the union. Union leaders were arrested amid the strike, but were recently released to restart negotiations.

Protests have nevertheless continued most days; on Saturday, 135 workers were forced onto a bus and taken out to the city’s outskirts, a pattern that has repeated most days in recent weeks.

However, Mam Sovanthin, a protester, said there was no protest on Sunday or Monday, and the workers would wait until the next round of negotiations, scheduled for Wednesday.

“We are waiting to hear about the negotiation’s results. If the negotiation has no result and no solution, we will rally again as normal,” Sovanthin said.

During the morning, social activists from the group Khmer Thavrak visited the ministries of interior and women’s affairs about the ongoing labor action, bringing a petition opposing authorities’ repeated use of violence against the protesters.

Khmer Thavrak activists were recently jailed over their activism, and join Mother Nature environmentalists and other recently released activists in petitioning on various issues in the past several weeks.

Hun Vannak, Svay Somnang, Chhoeun Daravy and Chem Srey Kea filed their petitions during the morning, though the Interior Ministry told them to fix mistakes in their writing and return in the afternoon.

“We are human rights activists and we cannot accept it,” Vannak said of violence against NagaWorld protesters. “And we don’t want those who do wrong to get away.”

Interior Minister Sar Kheng must ensure that officers under his jurisdiction are not perpetrating abuse, he said.

A spokesperson for the Women’s Affairs Ministry did not respond to questions on Monday. Interior Ministry spokesperson Men Bunrith said the activists’ petition had yet to reach him.

The petition alleged that on February 22, an officer grabbed a woman protester’s breast while forcing her onto a bus. Authorities have previously rejected this allegation.

The petition also alleged that a video from February 29 showed authorities threatening sexual abuse against a woman protester; and on March 22, a protester was punched in the eye. Those actions could not be accepted, the petition said.